Now that we’re turning our attention to space, it’s important that we understand what types of orbits we can use to monitor or travel around our own planet or around others! In this unit you should be learning:

Our conversation about orbits will start with vocabulary and descriptions of orbits, as well as detailing the purpose of using each different kind.  We’ll then dig into some of the math and physics behind orbits before digging into the Systems Tool Kit (STK) software for modeling orbital paths. As you investigate orbits, you’ll go through three major steps:

When you’re all done, you’ll have the vocabulary, math, and modeling skills to investigate orbits of different types. You will also have looked at the orbital paths for the Malemute Mars Mission! 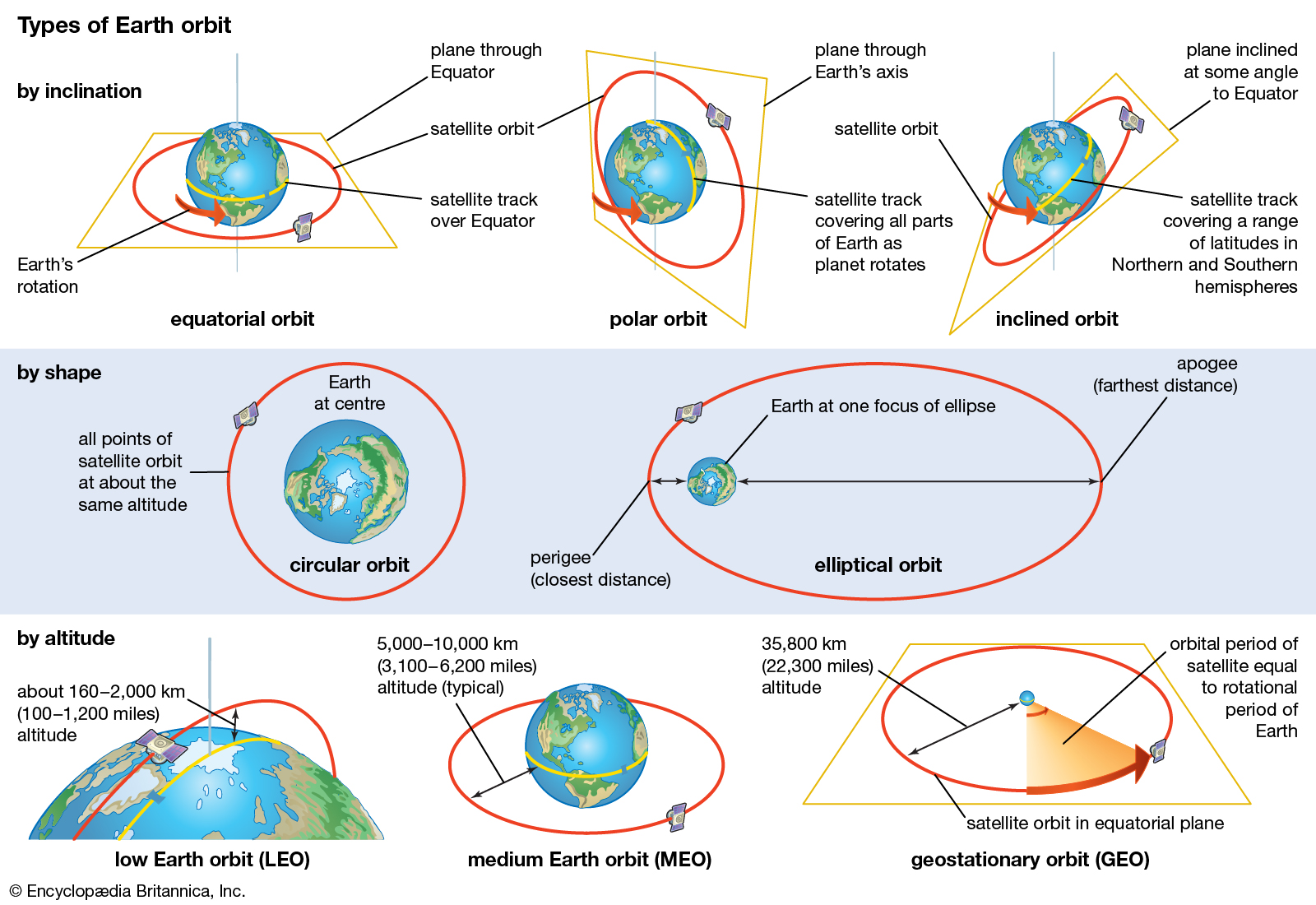 The first thing to cover in this unit is the basics of orbits. In this part, you’ll look at how different orbits are identified.  You’ll look at orbits of different elevations, different shapes, and different purposes. These definitions and information will help us later as we plan out the orbits for our own surveying satellites.

Have Mr. Benshoof confirm your notes on orbits

Now that we know what kinds of orbits are available to aerospace engineers, it’s time to see some plotted out.  In this unit, we’ll use math and physics to describe the path and energy of objects in orbit. For example, we’ll use what we know about trigonometry and sine waves to describe the period and inclination of the orbit.  We’ll also use our algebra skills along with some physics equations to calculate the energy needs of objects in orbit.

These ideas will pair well with the Systems Tool Kit (STK) software.  We’ll get our first experience with this modeling software that will let us define orbits and investigate the path of satellites.  Together, this math and physics will give us the tools to carefully describe orbits of different kinds before we think about space travel and our mission to Mars.

Take careful notes on the math and physics of orbital mechanics

Use the Orbit Tuner to create some basic orbits around Earth

“Where is the ISS” Challenge

All year long we’ve seen how aerospace engineers use simulations to model complex things.  Orbits around Earth and other celestial bodies are no different: we need a simulation to plan out orbits.  The Systems Tool Kit (STK) is the same software used by organizations like NASA and Space-X to plan the orbits for satellites, shuttles, and the ISS.  This same software can be used to model orbits not just on Earth, but on other planets like Mars too!

For the final part of this unit, you will learn how to use some of the features of STK to create and model satellites.  You’ll also be able to find the International Space Station and discover where to look in the sky to actually see it! Finally, we’ll use these tools to plan some surveying orbits around Mars for the continuing Malemute Mars Mission.

Take 1 page of detailed notes on the STK Software

Complete the “Where is the ISS” challenge

Have Mr. Benshoof confirm your challenge and orbits

AE Unit 8 Map
Looking for something?  Here you'll find a library of links to all the documents, images, and videos needed here in AE Unit 8.